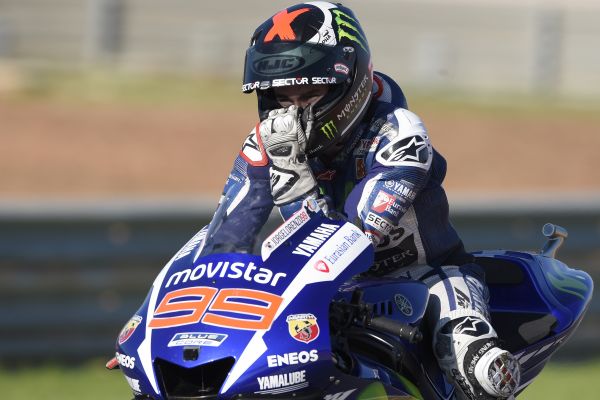 Korean brand HJC Helmet have terminated a contract with their lead rider, Jorge Lorenzo after a falling out with the Mallorcan.

According to motoplus, the controversy that surrounded the end of the 2015 MotoGP World Championship between Lorenzo and his team mate, Valentino Rossi made HJC question their association with the five-time World Champion. They were said to be unhappy with Lorenzo’s thumbs down gesture as well as his calling for a harsher punishment of Rossi.

The straw that broke the camels back is said to be when Lorenzo secured his third MotoGP World Championship he neglected to wear a special “World Champion” helmet, as now customary for newly crowned champions. The special helmet was a commemorative helmet with the number one on it.

Those actions, combined with Lorenzo’s earlier complaints about his helmet after he faced issues in Qatar (plastic above the brow fell down) and Silverstone (visor misting) has forced HJC to end their association with Lorenzo.