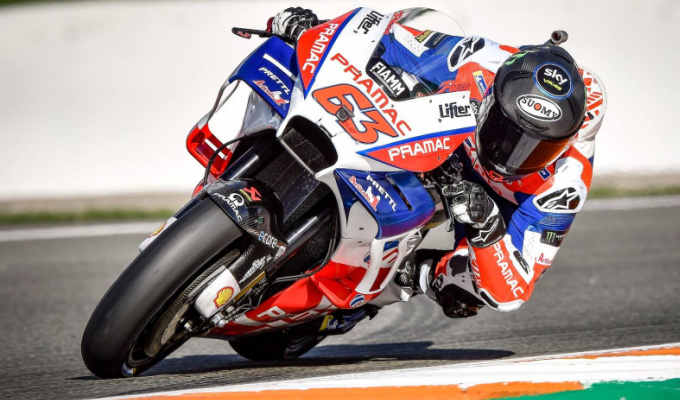 Two days after the end of the 2018 MotoGP season, the teams were back out on track at the Ricardo Tormo Circuit in Valencia, testing the 2019 machines. 2019 will see four rookies join the MotoGP class.

Moto2 World Champion Pecco Bagnaia will join Jack Miller in the Pramac Ducati team for 2019, replacing the factory bound Danilo Petrucci, although on a GP18, with Miller taking Petrucci’s seat as the senior man in the Ducati satellite team.

Bagnaia was the fastest of the rookies, posting a lap time of a 1:32.396 which was 0.980 seconds off of Maverick Vinales’ fastest time of the day.

The Ecstar Suzuki team won the race to sign 2017 Moto3 World Champion and the latest on the Spanish production line, Joan Mir.

The 21-year-old will replace Andrea Iannone in the factory squad and will partner Alex Rins for the next two seasons. Mir’s completed the most laps of all the rookies, 59, with the fifteenth fastest time, a 1:32.787, 1.3 seconds off the leaders pace. 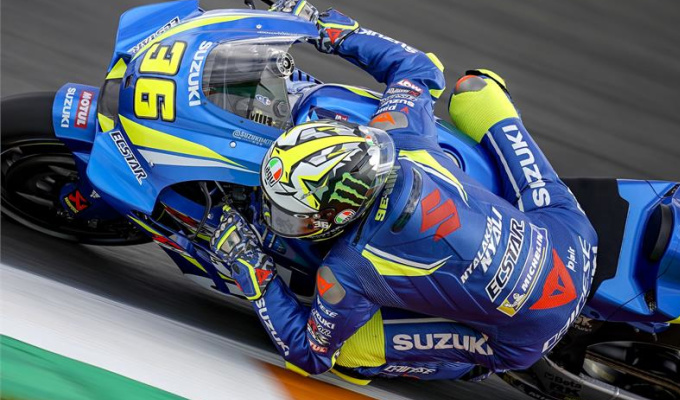 Frenchman Fabio Quartararo was a surprise choice to many to get the call up to the newly formed satellite Yamaha team. The Sepang Racing Team Yamaha team will consist of Quartararo and Franco Morbidelli.

Quartararo is the youngest of the four rookies at 19 and was 23rd fastest. Quartararo’s best time was a 1:33.850, only 2.4 seconds behind the factory Yamaha. 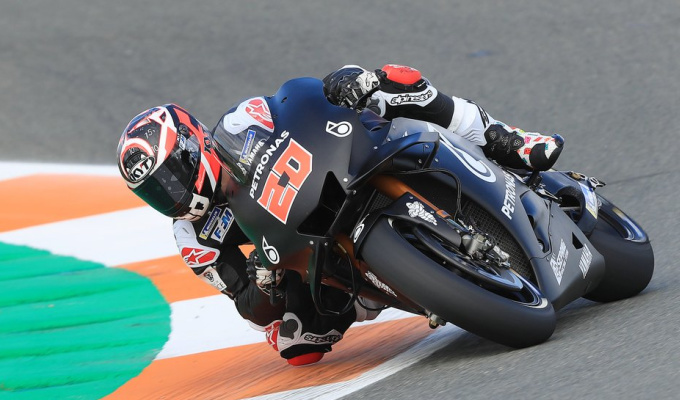 The rookie quartet was rounded out by Red Bull KTM Tech3’s Miguel Oliveira. The Portuguese rider has been part of the KTM stable for many years and now gets his opportunity with the Tech3 team, who will run KTM’s after 20-years of Yamaha’s.

Oliveira rounded out the days runners, finishing 25th with a fastest lap of a 1:35.118. Olivera’s time was just 3.7 seconds off of the fastest time of the day on his first day on the RC16. 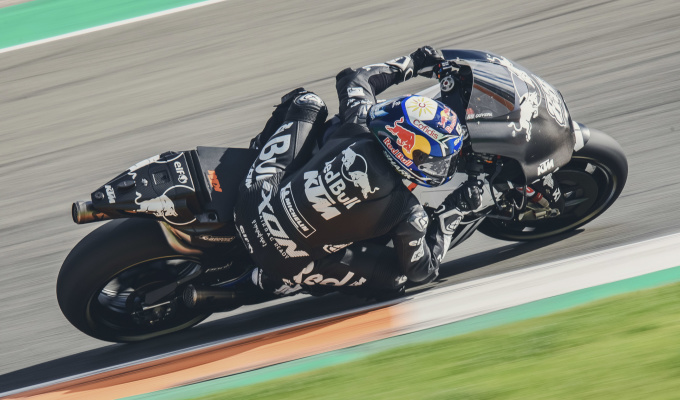