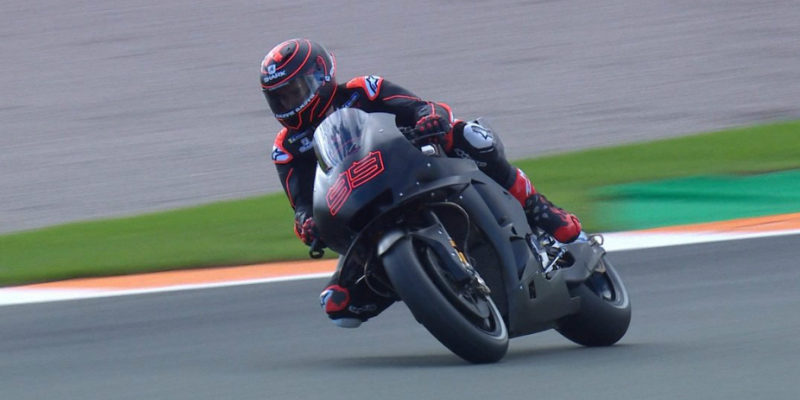 Jorge Lorenzo got his first taste of the factory Honda RC213V during the end of season MotoGP test around the Ricardo Tormo Circuit in Valencia.

The Spaniard will make the highly anticipated move to the Japanese factory after two years with Ducati. After waiting for the track to dry and heat up, Lorenzo went out on a the first of his three fully black bikes – fitted with his red 99 on the front – for his taster laps.

After his first run, Lorenzo appeared in good spirits and spoke to his new crew-chief, Ramon Aurin and Alberto Puig.

Lorenzo is still recovering from a wrist injury sustained towards the end of the 2018 season in Thailand. His best lap of the morning was a 1:34.057, 2.3 seconds behind his team-mates, Marc Marquez, session leading fastest time. 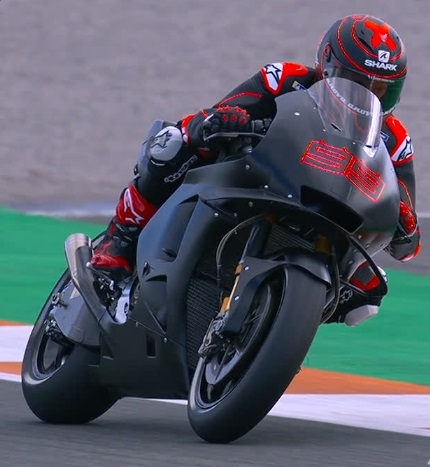