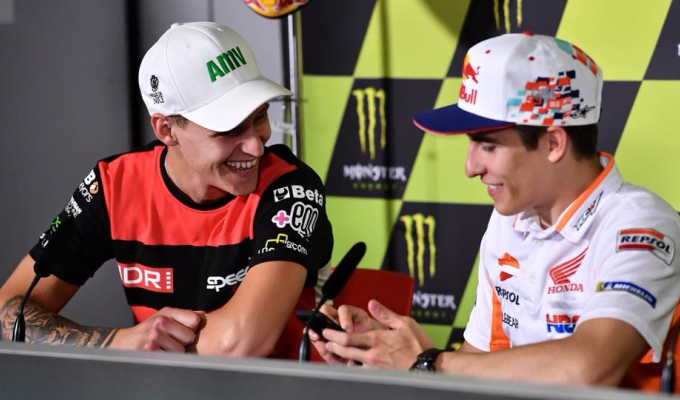 Dani Pedrosa will retire at the end of the 2018 season and Frenchman Fabio Quartararo the join the freshly announced SIC satellite Yamaha team.

That’s according to Italian newspaper la Gazzetta dello Sport, who say that Pedrosa has told Yamaha he will not take them up on their offer to head the Petronas backed projected. Instead the Spaniard will confirm his retirement ahead of Thursdays pre-race press conference in the Sachsenring.

With more and more talk that Pedrosa is leaning towards retirement in recent days, there has been a lot of talk as to who could take the two SIC seats.

Franco Morbidelli is all but confirmed on one of the two satellite Yamaha’s, but the second seat is firmly up for grabs.

Alvaro Bautista has been linked to the ride due to his Aspar links. The Spaniard is currently riding for the Aspar Angel Nieto team – the team which will essentially become the SIC Yamaha team.

Bradley Smith has had his name banded about, with the Brit currently out of a ride for next year. With experience on a Yamaha, Smith is seen as a safe bet alongside Morbidelli. Another name linked is that of Lorenzo Baldassarri. The Italian is seen by many as the rider with the most potential who remains unsigned from Moto2. With his links to the VR46 academy and their partnership with Yamaha, many have paired convenience with talent and linked the Italian to the seat.

However, Gazzetta say the man Yamaha want is Fabio Quartararo. The Frenchman came into the World Championship as an extremely highly rated teenage after back-to-back Junior World Championships. After underwhelming performances in Moto3 and in his debut year in Moto2, the Frenchman looks like he has turned the page after a win in Barcelona second place finish in Assen.