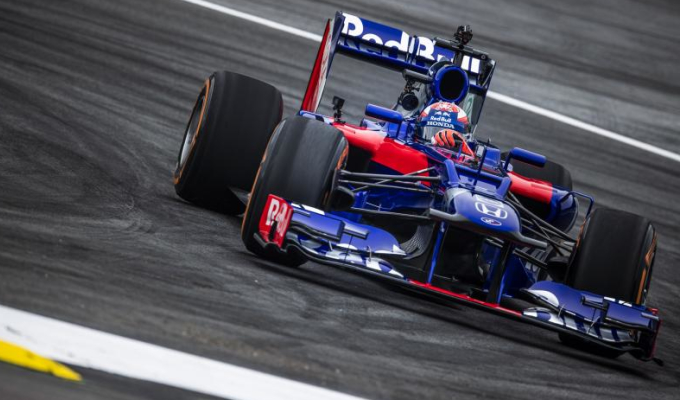 MotoGP World Champion Marc Marquez has had his first taste of a Formula One car, testing the Red Bull around the Red Bull Ring in Austria.

Marquez joined fellow MotoGP riders such as Valentino Rossi and Jorge Lorenzo swapping two-wheels for four by lapping in the car that Sebastian Vettel won the 2013 Formula One World Championship in – albeit with 2018 Toro Rosso Honda livery on it.

Not an official test but a promotional event, Marquez and Repsol Honda team-mate Dani Pedrosa both got a taste of the V8 before rain came later on in the afternoon.

As well as getting the opportunity to drive the F1 car, the Repsol Honda duo were joined by three-time Formula One World Champion Niki Lauda and former Red Bull Racing driver Mark Webber at the Austrian circuit.