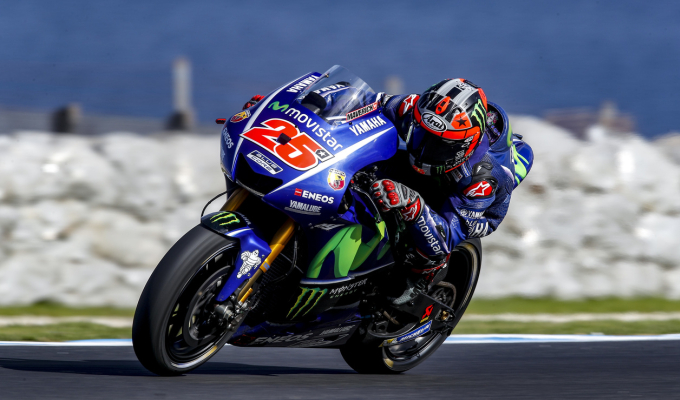 Maverick Viñales is making little secret of the rivalry that has already been formed between himself and reigning MotoGP World Champion Marc Marquez.

The Spaniard has topped all three of the pre-season tests since making his high profile move from Suzuki to Yamaha, with Marquez proving to be his closest competitor throughout the pre-season.

Despite moving to a new team and only having one race victory to his name, Viñales is seen in many people’s eyes as the early favourite to win the 2017 MotoGP crown. The 22-year-old said that the weight of expectation that comes from being a title favourite is motivating him ahead of the season.

“It motivates me to be singled out as the favourite,” the Spaniard told Catalan radio station RAC1 when they visited him in Andorra.

“This year I am doing my best with physical training and diet, with the aim of becoming MotoGP World Champion.”

Viñales and Marquez have a longstanding history dating way back to their time on pocket bikes. With Marquez locked up at Honda for the foreseeable future and Viñales now at Yamaha, there are all the makings of the two Spaniard’s dominating the sport for a long time.

“I think there will be a great rivalry with Marquez,” he said.

“We’re currently the strongest in preseason and there will be a war between Marc and I. It will be fun.”

When asked on where he thinks he will be able to fight Marquez, Viñales said that he will have to be late and aggressive on the brakes, whilst admitting Marquez’s own aggression makes him a very hard rider to pass.

“From what I’ve been able to see, I’ll have to let off the brakes, a lot. Going into the corners as late as possible, because he’s a very aggressive rider and will make it very difficult for me. But it’s important that rivals view me as dangerous,” said Viñales.

As well as Marquez, Viñales will have a big rival inside the team in the shape of nine-time World Champion Valentino Rossi. Viñales didn’t dismiss ‘the Doctor’ by any stretch, insisting both he and Rossi need to be smart.

“Both Valentino and I have to be smart and not fall in the war, it would not help the bike or either of us,” he said. Adding, “fighting against my idol makes me more motivated and go past the limit.”