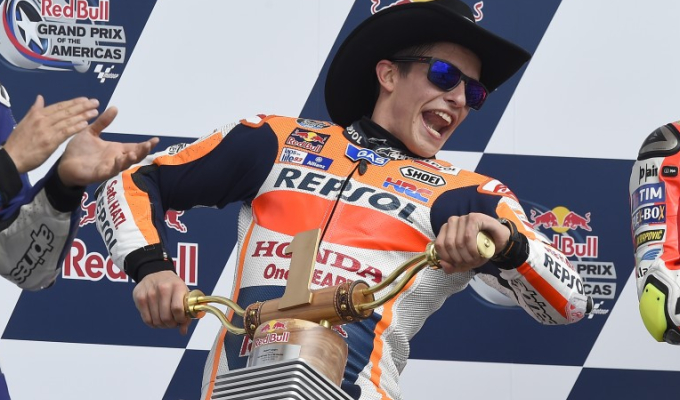 Defending MotoGP World Champion Marc Marquez is hoping to kick start his season this weekend in Austin with his first podium of the season.

The Spaniard has endured a tough start to his title defense with a fourth place in the season opener in Qatar followed by a crash whilst lead in Argentina just over a week ago. The crash left Marquez 37 points behind early leader Maverick Viñales after just two rounds.

“After the Argentina race, I’m happy to go to a track I love as much as Austin, although of course I would have preferred to arrive there in a better position,” said the three-time MotoGP World Champion.

“Anyway, another race weekend is about to start and we’ll give 100% to try to get our first podium this season.”

As well as winning all four previous races at COTA, Marquez has started from pole position every time. The 24-year-old calls the circuit one of the best on the calendar, whilst also praising the American fans.

“I have great memories of Austin, and for me it’s one of the best venues on the race calendar. I like the layout of the track, as it has many different types of sections and corners and lots of elevation changes. I also love the ‘American’ style, with all the fans enjoying the sport and the fun at the track, so let’s get back in action and see how it goes there,” he said.