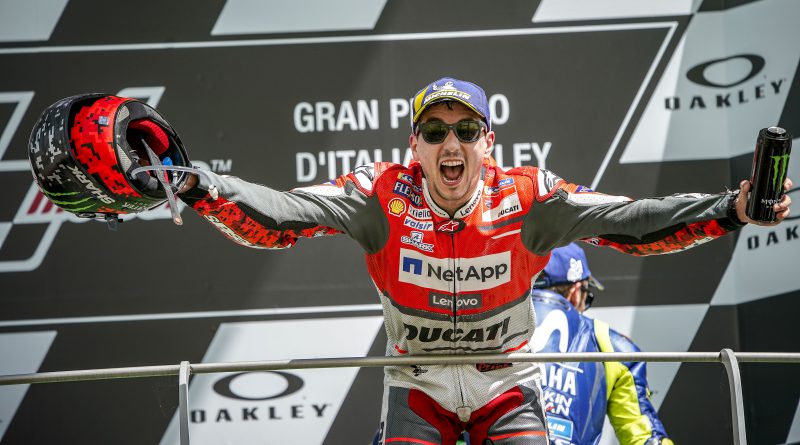 News broke of Pedrosa’s departure on Tuesday morning and motorsport.com are reporting that Lorenzo may well end up partnering Marc Marquez in the Repsol Honda team in 2019.

Lorenzo confirmed after his first victory on the Ducati last weekend that he would be leaving Ducati at the end of the season and a Petronas-backed satellite Yamaha looked set to be offered to the five-time World Champion for next season with Franco Morbidelli partnering him.

However, Motorsport say that with a decision on Pedrosa’s future made, Honda have made a strong, late push to secure Lorenzo’s services and are currently negotiating with Lorenzo and his representatives over a deal.

Marquez reiterated Sunday evening that he has no objections to a fast team-mate, in fact saying that’s his only wish for a team-mate. Marquez’ willingness coupled with Lorenzo’s talent and marketability have many inside Honda viewing this as a dream team.

Honda earlier in the season tried to lure Johann Zarco, Andrea Dovizioso and Joan Mir with all three deciding their futures would be elsewhere whilst rumours also emerged Sunday that Jack Miller had rejected the ride, something he later denied.

If Lorenzo does indeed take the second Repsol Honda seat, Dani Pedrosa would find himself in the box seat for the satellite Yamaha bike, something which neither Yamaha nor Pedrosa would be remotely unhappy about.

One thought on “Honda targeting Lorenzo for second seat”