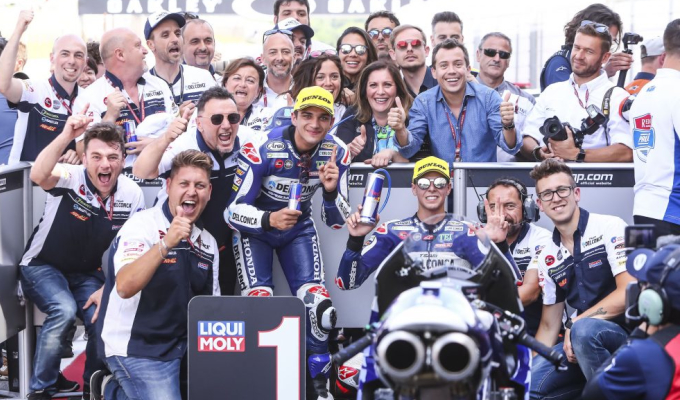 Jorge Martin held off Marco Bezzecchi for his third win of the Moto3 season in Mugello.

Starting from the pole position, Martin rode a perfect race to pip Moto3 World Championship leader Bezzecchi over the line by just 0.019 seconds. Martin and Bezzechi were in a three-man group with Fabio Di Giannantonio from the early stages and leading into the final corner Martin led Di Giannantonio and Bezzecchi.

The KTM rider got a perfect exit out of the final corner and managed to slip stream past his compatriot but didn’t have enough to get past the second Gresini Honda.

Gabriel Rodrigo was fourth in a group that stretched all the way back to Nico Bulega in 21st position.