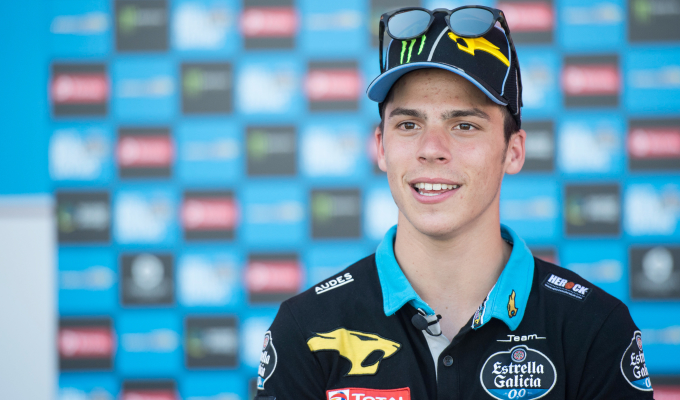 According to reports in Spain, Moto2’s hottest property Joan Mir has chosen to sign for the Suzuki factory team in 2019, replacing Andrea Iannone.

The report from AS say that the 20-year-old has chosen to partner fellow Spaniard Alex Rins to form a young Spanish ‘dream team’ with the Hamamatsu factory for the next tw0 years.

After winning the 2017 Moto3 World Championship, Mir moved to Marc VDS in the intermediate class of Grand Prix racing. However, his talent was abundantly clear to MotoGP bosses and it now appears that Suzuki and Davide Brivio have beaten off competition from Honda, Ducati and KTM to secure his signature.

Mir follows in the footsteps of now Movistar Yamaha’s Maverick Vinales by spending just one season in Moto2 before moving into the factory Suzuki outfit for two years.

It would also continue the trend of Suzuki landing the best young Spanish riders as they make their way into MotoGP, continuing with the trend started by Vinales and continued by Rins.

With Pedrosa extending his stay with Honda and Iannone set to replace Scott Redding in the Aprilia factory team, Jorge Lorenzo looks to be left in a difficult position.

The five-time World Champion’s options look between taking a huge pay cut to remain at Ducati should his results improve in Mugello and Barcelona. If Ducati and Lorenzo’s management don’t come to a compromise, Lorenzo only other option may be moving back to Yamaha on a strongly supported satellite machine.