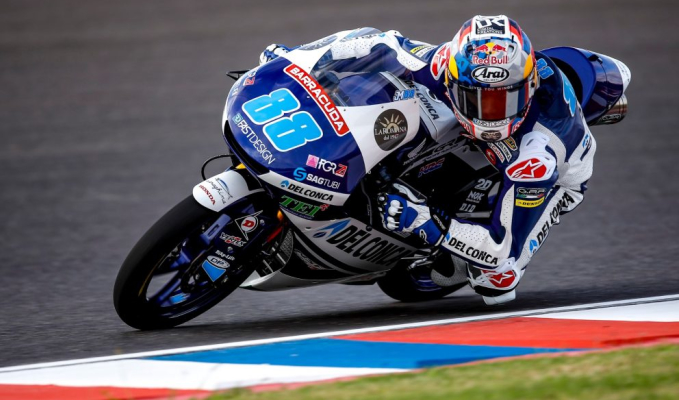 Topping both the afternoon sessions, Martin will be hoping to convert his single lap pace from throughout the season into a maiden victory of the season. Compatriot Aron Canet was second fastest with his time from the afternoon, whilst fastest man from the morning, Marcos Ramirez was third fastest with Juanfran Guevara adding to the Spanish domination.

After a rough morning, including a fall, Joan Mir restored order by ending the day fifth fastest, making it five from five for Spaniard’s at the top of the timing sheets. Ayuma Sasaki was sixth fastest as the Japanese rider continues his strong run of form, finishing just ahead of Nico Bulega.

Romano was eighth whilst Gabi Rodrigo and Fabio Di Giannantonio rounded out the top ten.