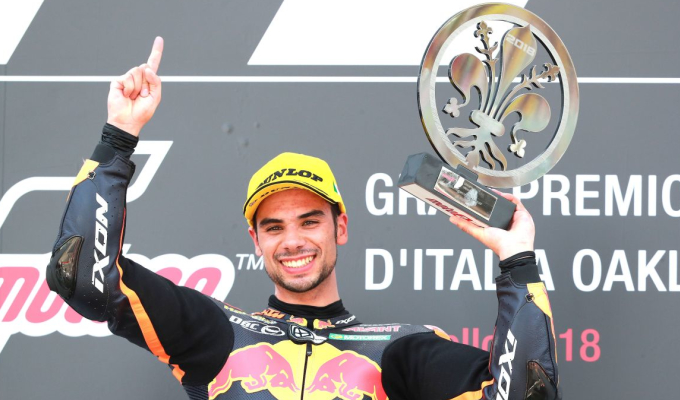 Miguel Oliveira closed the gap on Moto2 World Championship lead Pecco Bagnaia with his first win of the season at Mugello.

Oliveira, who will be moving into the Tech3 KTM side in 2019, battled with Lorenzo Baldassarri with the duo battling for the lead over the final five laps, but eventually the Portuguese rider managed to beat out the local rider for the win.

With the battling third and fourth placed Joan Mir and Pecco Bagnaia both closed in on the leaders but unfortunately for them they never got to challenge the leading duo.

Alex Marquez was fifth with Brad Binder, Luca Marini, Andrea Locatelli, Xavi Vierge and Simone Corsi rounding out the top ten. Pole sitter Mattia Pasini had been leading the race before he lost the front end of his Italtrans bike.