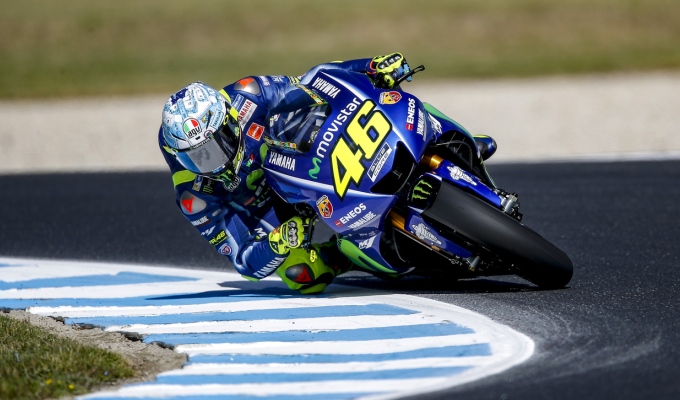 Valentino Rossi has said he is satisfied after the first day of the second official MotoGP test in Australia, which saw him finish with the second fastest time of the day.

The Doctor had a quiet opening test in Malaysia two weeks ago and despite not being worried with the pace of his Yamaha YZR-M1, the Italian will no doubt be buoyed by today’s results ahead of next months season opener in Qatar.

Rossi spent the opening phases of the test in third position as he battled strong winds on a bright morning on Phillip Island. After focusing on set-up ans subtle changes throughout the day, it wasn’t until the closing stages of the day that Rossi posted his best time of the day, a 1:29.683 which was just 0.186 seconds behind the fastest time of the day set by Marc Marquez.

Completing 77 laps, Rossi said that he was happy with his one lap pace, but wants to work on his pace over the longer runs in the next couple of days.

“It was a good day, I’m quite satisfied,” explained the nine-times World Champion.

“We started in a difficult way this morning. Before the break I wasn’t strong enough and because I couldn’t push at the maximum I didn’t have a lot of feeling. We worked well during the break and in the afternoon the situation changed, I was a bit better.

“At the end, with the new tyre, I was able to do a good lap and second position is positive for the first day.

“For sure, we still have a lot to do, especially on the long distance and we hope to have good weather also in the next few days.”