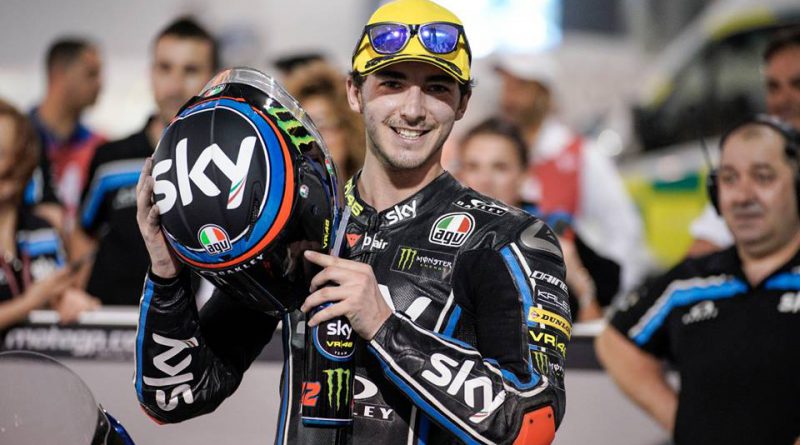 Pecco Bagnaia managed to hold off compatriot Lorenzo Baldassarri to claim victory under the floodlights in Qatar.

Starting from outside of the front row, the Italian led into the first corner and never looked back, leading every lap on way to claiming his first Moto2 win of his career and the opening 25 points of the season.

Behind Bagnaia, Baldassarri did lead Marquez for the opening half of the race before the pole-sitter moved ahead and set about chasing Bagnaia. However with seven laps left Marquez appeared to suffer a mechanical issue with his rear brake causing him to loose five seconds and subsequently drop to third where he would finish.

With Baldassarri freed he tried everything to catch and pass Bagnaia and with one lap to go the Pons rider caught Bagnaia but despite a late lunge he couldn’t take the lead and had to settle for second.

Pasini was fourth and just ahead of KTM duo of Oliveira and Binder with Schrötter seventh and Vierge, Marini and Navarro rounding out the top ten.