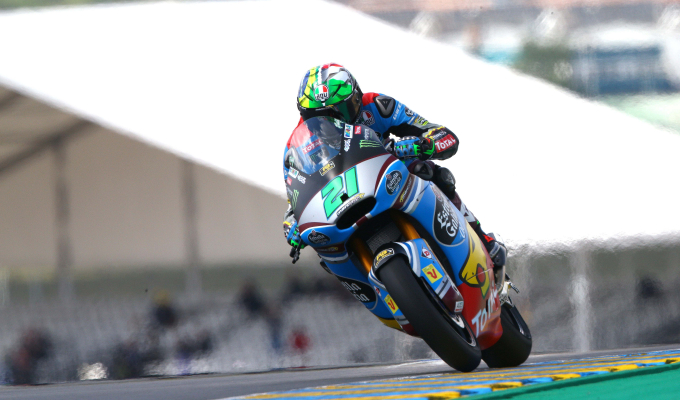 After starting on the outside of the front row, the Italian broke away and formed a front four along with his teammate Alex Marquez, Pecco Bagnaia and Tom Lüthi with the four battling out for the lead in the opening stages of the Grand Prix. Morbidelli and Lüthi had a short, intense battle for the lead with the Italian pushing the Swiss rider wide at the bottom of the hill after going through the first four corners side to side.

At the halfway point of the race the leading duo of Morbidelli and Bagnaia dropped the second two and the two formed a five second lead.

With laps ticking down, Bagnaia sat behind his compatriot with a gap of 0.5 to 0.7 seconds for the final ten laps, but the World Championship leader held his nerve to claim his fourth win of five races, whilst Bagnaia matched his Moto2 best result from last time out.

Tom Lüthi managed to get past Alex Marquez with four laps to go and rounded off the podium ahead of Marquez who managed to limit the damage after breaking a bone in his foot earlier in the weekend.