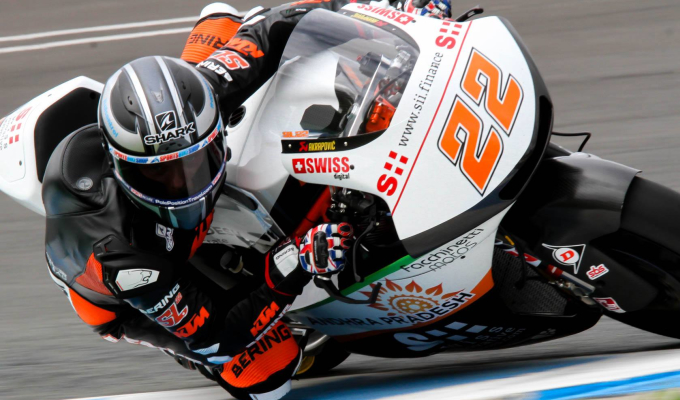 Sam Lowes topped the timing sheets on the second day of the final official test in Southern Spain.

The Brit who makes his return to Moto2 after just one year in MotoGP has wasted little time in getting used to his new KTM Moto2 machine, ending the second day fastest, one place ahead of his Swiss Innovative Investors team-mate Iker Lecuona.

Lowes and Lecuona were the only two men to dip under the 1:42 barrier on Wednesday and with the freshly laid tarmac both found themselves under lap record pace.

Brad Binder was third fastest on his KTM and his time was matched by day one leader Pecco Bagnaia’s fastest time, with the Kalex rider fourth on virtue of his second quickest time being slightly slow than that of the South Africans.

Tomorrow marks the final day of pre-season testing for the Moto2 riders before the season gets underway in Qatar next weekend.