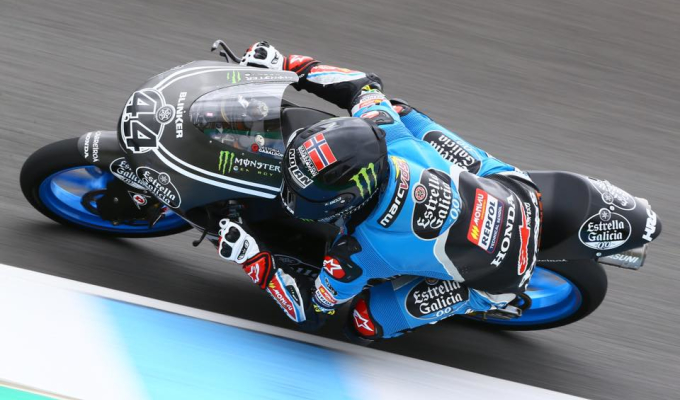 Aron Canet led the first day of the final pre-season test in a rain shortened day in Southern Spain.

Canet’s time of a 1:46.642 was good enough to see him lead the day as the only rider who completed a lap in the 1:46’s, beating out former team mate and now Leopard Racing front runner Enea Bastianini. Marco Bezzecchi was third fastest ahead of Canet’s rookie team mate Alonso Lopez whilst Jorge Martin rounded out the top five.

Südmetall Schedl’s Philipp Öttl was sixth fastest and just ahead of Tatsuki Suzuki and rookie Makar Yurchenko. Lorenzo Dalla Porta was ninth with Andrea Migno rounding out the top ten.

The riders will be hoping for better luck over the next two days with the weather, even if the forecast doesn’t look too positive, with the first race of the season less than two weeks away.