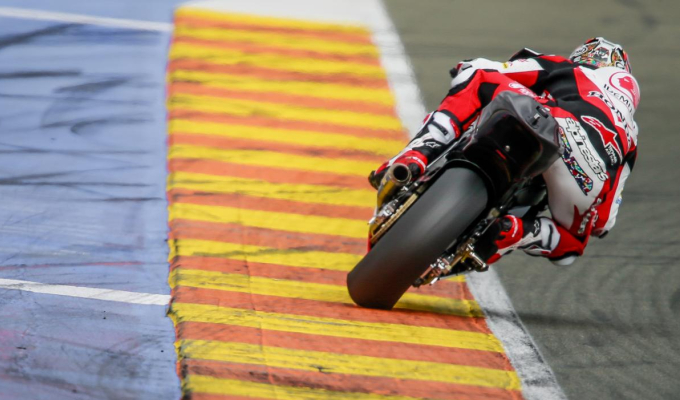 Taka Nakagami continued his blistering start to pre-season testing by topping the first day of testing in Jerez from the Forward Racing duo of Lorenzo Baldassarri and Luca Marini.

The Japanese rider was fastest last week in a private test in Valencia and he continued the form as he went down to Southern Spain posting a 1:42.210, a time good enough for pole during last seasons Moto2 race in Jerez. Despite posting a pole worthy time, Baldassarri was right behind Nakagami, ending the first day just 0.082 slower than his title rival.

There was a small gap behind the top two of nearly quarter of a second back to third placed Marini, who himself was a quarter of a second faster than his compatriot, Franco Morbidelli, who ended day one in fourth. 2015 Moto3 World Champion Danny Kent was fifth and a tenth behind the Italian, whilst Tom Lüthi was sixth fastest overall.

Domi Aegerter, Simone Cosi were eighth and ninth respectfully, with rookies Jorge Navarro and Pecco Bagania rounded out the top ten. Yonny Hernandez was eleventh and just ahead of two more rookies in Khairul Idham Pawi and Fabio Quartararo.

Marcel Schrötter, Iker Lecuona, Jesko Raffin and Edgar Pons rounded out the timed Moto2 riders. Alex Marquez was also testing his Marc VDS machine although the Spaniard didn’t have a transponder fitted to his Kalex machine.

The test will continue tomorrow with the riders once again sharing the track with the Moto3 riders.