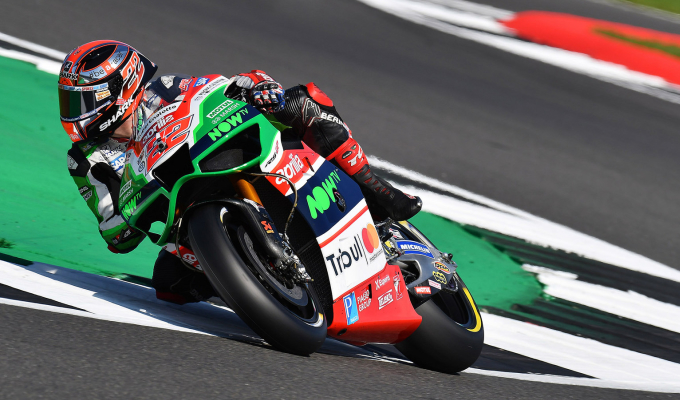 Sam Lowes will replace Tom Lüthi in the Interwetten team for 2018, moving back down to Moto2 in a bid to win the 2018 Moto2 title.

The Brit had his two-year contract with Aprilia unceremoniously broken a year early to be replaced by fellow Brit Scott Redding. With the decision coming so late from Aprilia, Lowes’ options were limited.

Lowes said on Thursday that he wanted to stay in the MotoGP paddock and that he had three very good options for next season in Moto2 and all of them would provide him with the equipment needed to win the Moto2 World Championship. The 26 year old said that he had offers but wanted to sign a deal before announcing anything officially.

With Lüthi moving up to MotoGP with the Marc VDS team, a move for Lowes – a proven Moto2 race winning and championship contender – made perfect sense for all.

The Kalex chassis has been a proven race winner over recent years and the move immediatly makes Lowes a title favourite alongside the likes of Alex Marquez.

Interwetten team boss Fred Corminboeuf told British TV that he was delighted to get a deal for Lowes over the line at his home Grand Prix.

“He’s a great kid, a smart kid and I like fighters. We’re a small family team, and he’ll fit inside my team perfectly.”