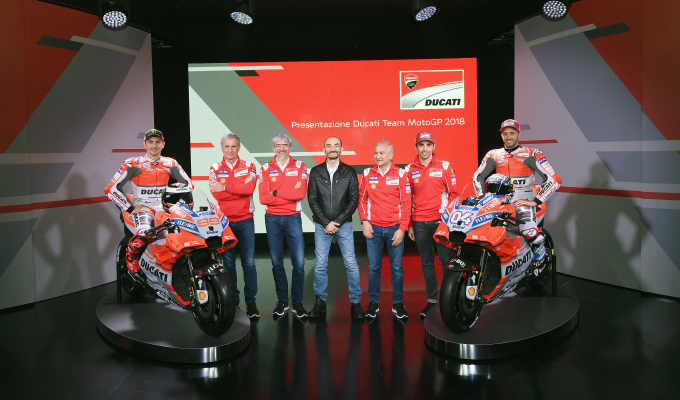 Ducati have ruled themselves out of the Johann Zarco sweepstakes, instead opting to focus on the riders they have signed up for 2018.

With the news last week that Tech3 have signed a three-year deal with KTM and Rossi’s intentions to stay on for a further two years, leaving Johann Zarco looking for a new ride. The Frenchman has been vocal about his desire to get a factory bike in 2019 and with Tech3 leaving Yamaha options look aplenty.

Whilst the early reports are that he will sign a deal with the KTM factory, it hasn’t stopped speculation he could replace Dani Pedrosa in the Repsol Honda team or that he could partner Alex Rins in Suzuki.

However, one team that aren’t looking at Zarco are Ducati. Ducati Racing Sporting Director Paolo Ciabatti revealed that Ducati’s first choice is to focus on re-signing both Andrea Dovizioso and Jorge Lorenzo beyond this season.

“The goal is to confirm both of our riders,” Ciabatti told Italian newspaper Corriere dello Sport.

“We had to determine a couple of important sponsors, one of which has already done and the other is 99% done. We can then sit down and negotiate with our riders’ managers. After all, we had explained it to both of them. Within a couple of weeks, we’ll begin serious negotiations.

“To be honest, we have not thought about Zarco because Ducati has riders under contract with whom we are satisfied.”

Ciabatti suggested that if for any reason they were unable to re-sign either of their factory riders, Ducati may look to promote within their current stable of riders with Petrucci and Miller both ready to jump up if required.

“Before looking in the neighbour’s garden, we need to look in our own: we have both Danilo Petrucci and Jack Miller who have an option with us for next year. Then we have signed with Bagnaia,” he said.

“We also need to learn to settle! And anyway, it isn’t settling, given the talent that we have in our own camp.”