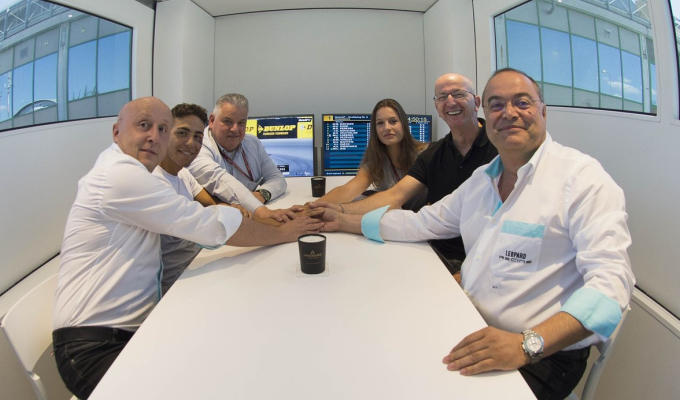 Enea Bastianini will join the Leopard Racing team for 2018 after just one season with the Estrella Galicia 0,0 team.

The Italian will replace Marc VDS Moto2 bound World Championship leader Joan Mir in the Leopard Honda team. Bastianini has struggled in 2017 with the Spanish team and is yet to get a podium in 2017 and has struggle to adapt to the way the EG 0,0 team operate.

“I’m delighted to have reached this deal for the 2018 season with the Leopard Racing Team, who have shown in a few years to be an inspirational team and remain at the top of the Moto3 category,” said the 19-year-old.

“I am also pleased to be able to continue my experience in the World Championship still riding an official Honda. Finally, I would like to thank my current team for the confidence they gave me, and I will do my utmost in the final part of the season to reach the pre-set goals.”

Despite not taking a podium in 2017, Bastianini is a two-time Moto3 winner and has shown the pace to compete at the front in previous years.

“We are delighted to welcome Enea Bastianini into our operation. In the last few years, we have faced many opponents and always noted their strengths,” said Miodrag Kotur, COO of Leopard Racing. “Enea is a rider with a great talent and we are confident that he will be able to adapt quickly to our method of working for the world title.”