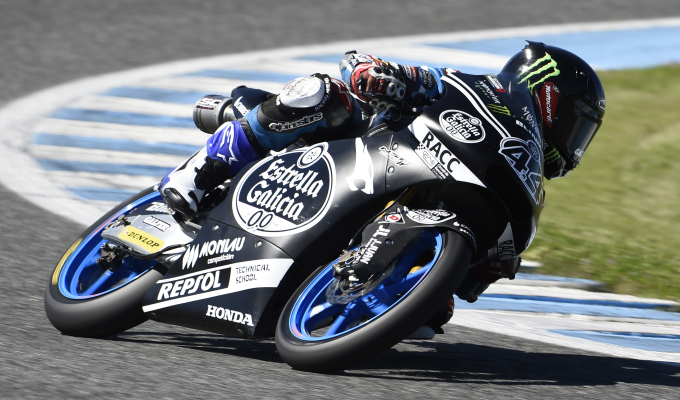 The Spaniard waited until the final minutes of the day before he shot up the timing sheets underneath sunny skies in Jerez, pipping  the returning Romano Fenati and Jorge Martin to the fastest lap time of the day. Canet ended the first day a quarter of a second faster than Fenati, who along with Martin with the only men to get into the 1:46’s.