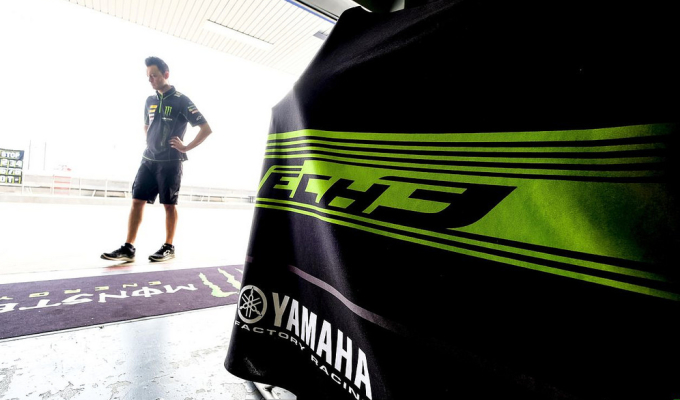 Tech3 have announced that they will be ending their 20-year relationship with Yamaha at the end of the 2018 season as they seek new opportunities in the MotoGP paddock.

The news which came as a shock to the paddock looks due to see Tech3 move their bike suppliers over from Yamaha to KTM from 2019. Funded by energy drink giant Red Bull, Tech3 look like they will be forming a satellite/junior team for the Red Bull KTM team, much like the Torro Rosso team do to the Red Bull Racing team in Formula One team.

Whilst the exact reasons aren’t yet clear, Tech3 team boss Herve Poncharal said they he’s “been offered a deal, that includes something we’ve been waiting for almost since we started with Tech3 and I couldn’t say no.”

Despite the move being confirmed ahead of the season, Poncharal said that Yamaha can count on him and his team to remain professional this season.

“But obviously, we are the Monster Yamaha Team until the last lap of the Valencia GP 2018. Johann Zarco and Hafizh Syahrin will be fighting for top positions and without a doubt, Yamaha can count on us to be a loyal performant partner.

“One more time a huge thank you for Yamaha’s support. I hope they can carry on and have the success they deserve and eventually find a partner to replace Tech3.”

A team switch to KTM would see Dorna happy that the newer factories are suppling satellite machines, would aid the Tech3 Moto2 project and could keep Johann Zarco nearby.

The Frenchman enjoyed a spectacular rookie season and looks set to be a legitimate title contender in 2018. KTM have coveted Zarco for a long time and a move with Tech3 could keep all parties happy, even if Zarco does leave to join the KTM factory.

Despite the satellite Yamaha bikes suddenly available for 2019, interest is expected to be surprisingly low. With Valentino Rossi looking set to continue racing beyond 2018 and given the short notice the Sky VR46 team may be hard pushed to expand their efforts into MotoGP – sign of this could be Pecco Bagnaia’s Pramac move for 2019.

Whilst Marc VDS have been rumoured to be interested in leaving Honda, with the paddock wide assumption that the Sky VR46 team will ultimately take the satellite Yamaha bikes, meaning any move could end after as little as two years.

The assumption is that Yamaha will now only field the factory team for 2019 with Maverick Viñales already confirmed and Valentino Rossi’s extension due to be confirmed shortly before returning with a four bike effort in 2020.