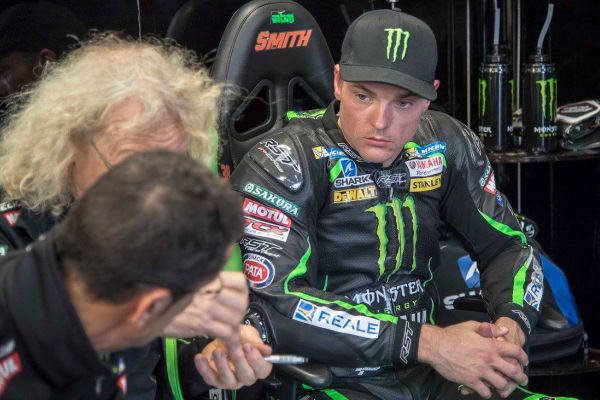 The Brit, who is standing in for the injured Bradley Smith as part of the Monster Energy Tech3 Yamaha team, made his MotoGP debut under cloudy skies at Silverstone (although fortunately no rain) as he set about learning his new bike. After a small crash in the morning FP1 session, Lowes ended the session 21st overall and 3.7 seconds off the pace of the lead time set by Maverick Viñales.

By the time the afternoon session was completed, Lowes had reduced the gap at the top to just 2.4 seconds and the gap to his team-mate, Pol Espargaro, down to just 1.3 seconds. Lowes suggested that his team mate is his marker for the weekend, despite being vastly less experienced on a MotoGP bike that the Spaniard.

“I really enjoyed my first day and I am excited for tomorrow, with the main aim being to continue improving,” said Lowes.

“Unfortunately, I made one small mistake this morning, and crashed in the last lap of FP1, however, due to the timing, it luckily meant that I didn’t lose any precious track time. Anyway, the team did a great job with fixing the bike, so I have to say thanks to them.

“FP2 went a lot better and I started to understand the bike more, which raised my confidence. I still have a lot more to learn but I feel that I made some big steps forward. Day one is out of the way so I’ll digest what has happened and I will think about some areas of improvement from my side for tomorrow. I am certain that we can be closer to the front in the next few days, and I want to get as near as possible to Pol.”

Despite using Espargaro as his marker for the weekend, Lowes is fully aware that he needs to keep his expectations in check, and knows the second plus, will not be easy to find as he continues to learn about the Yamaha M1.

“However, I have to stay realistic and I know that the faster you get, the harder it is. I think I did quite a good job today so thanks to the team for their great work and I’m looking forward to pushing more tomorrow.”