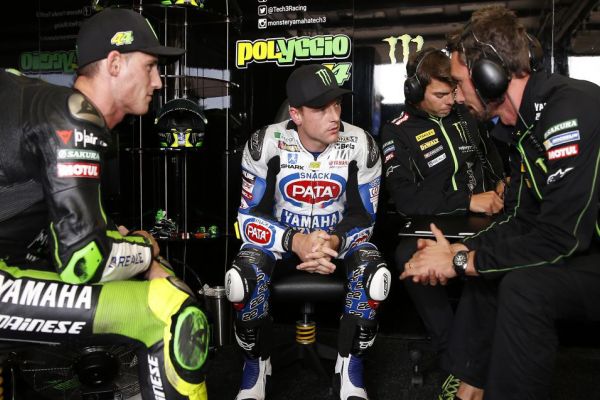 Two weeks after his getting his first taste of a MotoGP bike, Alex Lowes could be in line to make his MotoGP debut, standing in for the injured Bradley Smith during next weekends British Grand Prix at Silverstone.

Yamaha bosses are considering asking the Brit to stand in for his compatriot, should Smith not be fit enough to race at his home Grand Prix.

Smith was involved in an awful free-practice crash, in preparation for this past weekends Oschersleben World Endurance event. Whilst fortunate not to brake his leg as had been feared, Smith did have to undergo surgery on his leg, whilst he continues to wait for news regarding any potential further operations. Whilst there has been no word yet regarding Smith’s progress, Yamaha are looking at options at who can stand in for the Oxford-born Brit, should he not be fit enough to compete.

Lowes was gifted the opportunity to test the Tech3 bike as a reward from Yamaha for winning the Suzuka eight hour, during the day of testing after the Czech Grand Prix at Brno. Despite having to wait until late in the day, Lowes impressed when he finally started lapping, with a best time of a 1:59.558, improving by over a second in his 15 lap spell, before running wide and suffering a small crash, which ended his test prematurely.

The Pata-Yamaha World Superbike star has a “free” weekend, with the Spanish World Superbike round in Jerez not until the following weekend, so should the opportunity arise, Lowes would be available to step into Smith’s shoes.

If Yamaha were look elsewhere, in the event that Smith would need covering, they could also turn to Katsuyuki Nakasuga. Nakasuga is the Yamaha test rider and has regularly stood in on the M1, including a second position finish during the 2012 Valencia Grand Prix whilst covering for the injured Jorge Lorenzo.

One thought on “Alex Lowes to replace injured Smith at Silverstone?”