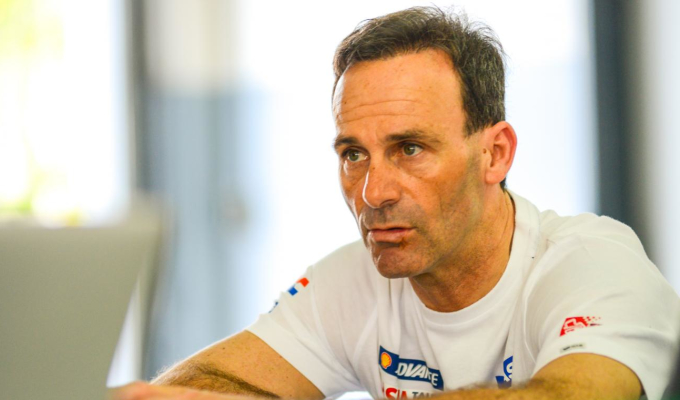 Alberto Puig could move back to a full-time MotoGP role with rumours suggesting he could be the man HRC want to replace Livio Suppo.

Suppo shocked the MotoGP paddock when he stated he was walking away from his role as the team principal of the Honda MotoGP effort. The Italian had a year left on his contract with HRC, but decided to walk away and pursue other interests.

Whilst Honda said they were going to review their structure over the winter, reports from Sky Sports Italia say that Alberto Puig is the current favourite to replace Suppo as the head man of the Honda’s MotoGP effort.

Puig, who is currently head of the British and Asia Talent Cup Dorna organised feeder series used to manage current Repsol Honda rider Dani Pedrosa before parting company with the Spaniard at the end of the 2013 season.

Honda bosses are said to see the 50-year-old as a logical choice to replace Suppo, due to his experience and contacts in the MotoGP paddock after spending the better part of 30 years in and around the MotoGP paddock.