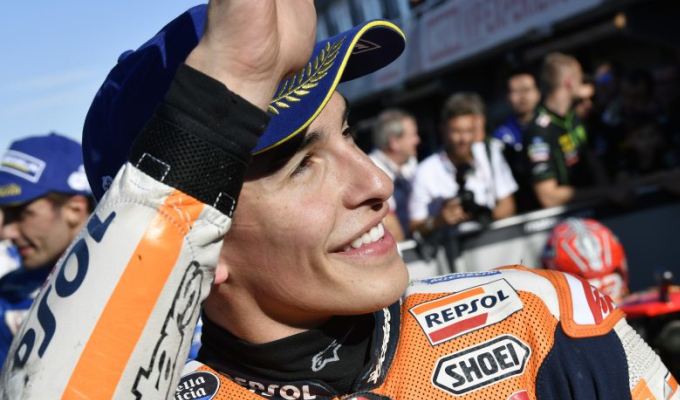 Marc Marquez has won his fourth MotoGP World Championship and his sixth world title after bringing home his Repsol Honda home in Valencia.

Despite the added drama of a end of season finale, Marquez had the odds firmly on his side to claim yet another MotoGP World Championship and he didn’t put a foot wrong around the Ricardo Tormo circuit. A heroic effort from Andrea Dovizioso, Marquez’s tally of six victories is more than anybody else and four more podiums, had his Honda not blown up with Marquez fighting for the victory at Silverstone, the Spaniard could’ve claimed the title last time out in Malaysia.

The 24-year-old becomes the youngest man to claim four premier class titles and he looks far from finished when it comes to claiming World Championship titles.