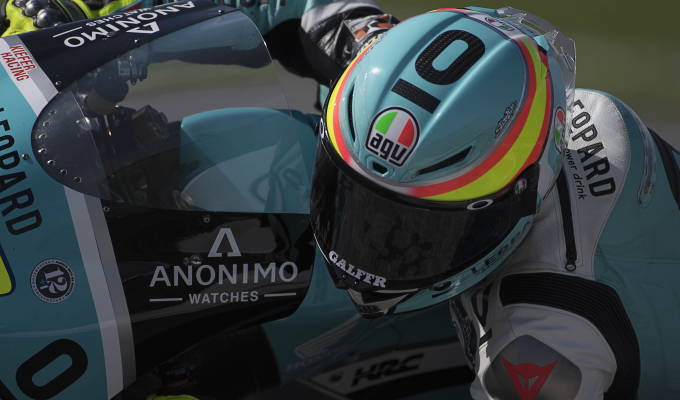 2017 Moto3 World Champion Joan Mir has finally claimed his first pole position of the season with a record breaking lap at the red hot Sepang International Circuit in Malaysia.

Leaving it late Mir snatched pole position from qualifying specialist Jorge Martin – who himself was under lap record pace – with a stunning lap nearly half a second ahead of the provisional pole time to claim his second pole position of his short career.

Scotsman John McPhee looks to finish the season strong and will start from third position on the outside of the front row, whilst Bo Bendsneyder, Gabi Rodrigo and Jules Danilo make up the second row, with Livio Loi heading the Italian duo of  Romano Fenati, Enea Bastianini on the third row.