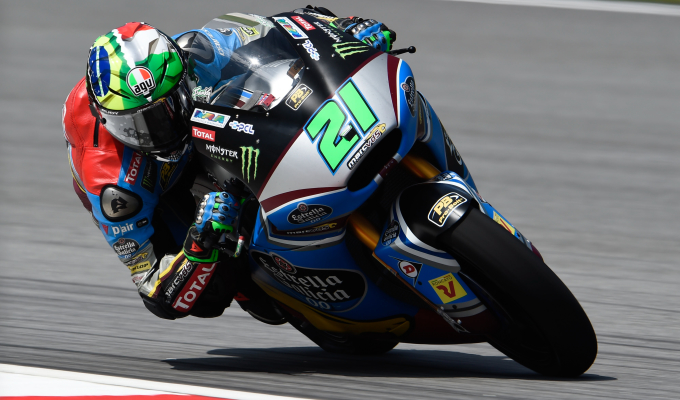 After posting his fastest time in the session, Morbidelli can thank his lucky stars after walking away from a crash in qualifying, something Tom Lüthi struggled to do after a nasty crash. Morbidelli just pipped out Australian Moto2 winner Miguel Oliveira by less than three hundredths of a second. The duo will be joined by surprise package Fabio Quartararo on the front row.

Alex Marquez will head the second row ahead of the only man who can stand in between Morbidelli and a Marc VDS party in 24 hours, Tom Lüthi, whilst Pecco Bagnaia will start from the outside of the second row. Marcel Schrötter will start seventh and be joined on the third row by Brad Binder and Taka Nakagami.