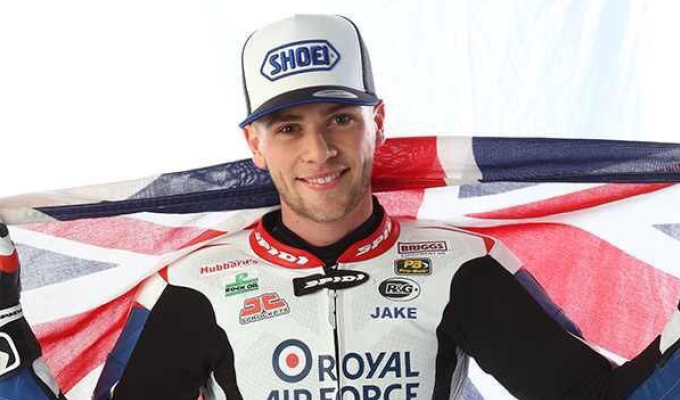 Young BSB star Jake Dixon will deputise the injured Marcel Schrotter as part of the Dynavolt Intact GP Team at Silverstone next week.

Schrotter, who broke his wrist during the summer break missed out last week in the Czech Republic and will sit out of the British Grand Prix next weekend. Schrotter’s replacement in Brno was 2015 Moto3 World Champion was Danny Kent, although the Brit was ruled out due to whiplash.

Dixon, who has proved his obvious talent during this seasons British Superbike season, with the highlight for the 21-year-old undoubtedly his double victory at Knockhill on his Kawasaki.

“I’m very excited about this big opportunity. A big thank you to Dynavolt Intact GP to give me the chance to ride at Silverstone to my Home Grand Prix, which is something very special,” said the 21-year-old.

“Also a big thank you to my RAF team boss in Britain to allow me to start in the Moto2, which is amazing. It will be an experience, which is for sure great after I’ve been watching the MotoGP for many years on TV.

“Sure the Moto2 will be a bit different to the Superbike, but also I think that many things will be quite similar. The engine can be slower probably. The chassis on the Superbike has been made stiffer, so this is maybe similar to what a Moto2 bike will feel like. It will be an experience as I said and I’m looking forward to the challenge.”