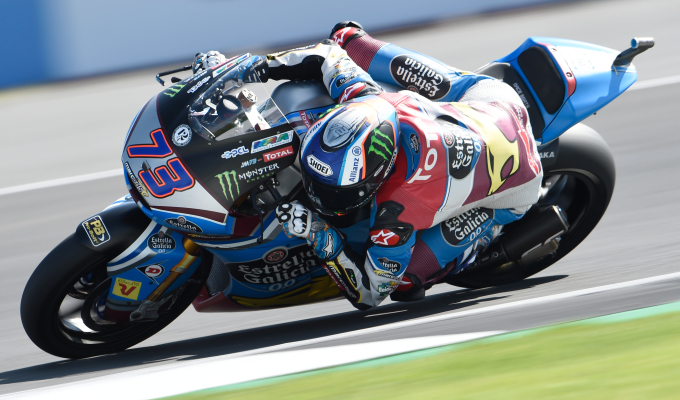 Alex Marquez continued to show the pace he has in abundance this weekend, making it three from three in free practices thus far this weekend.

The Spaniard topped both free practice sessions yesterday and continued that form to this mornings FP3 session. Marquez lap time of a 2:06.996 was good enough for fastest time of the morning and the weekend so far, ending the session 0.368 seconds ahead of his team-mate, Franco Morbidelli.

Marquez will be hoping to string his performances together this weekend and secure his third pole position of the season.

Mattia Pasini was third fastest and he was two tenths ahead of Tom Lüthi who whas a wonderful record at Silverstone and will be hoping to improve that and close the gap on Morbidelli.

Lorenzo Baldassarro was fifth and just 0.070 behind Lüthi and just 0.007 seconds ahead of the impressive Remy Gardener on his Mistral 610. Miguel Oliveira was seventh with Nakagami, Corsi and Viñales rounding out the top ten.

Tarran Mackenzie was 27th and 2.6 seconds off of Marquez’ time whilst replacement rider Jake Dixon was 31st and 3.8 seconds behind on his just third session on the Dynavolt Intact Suter.