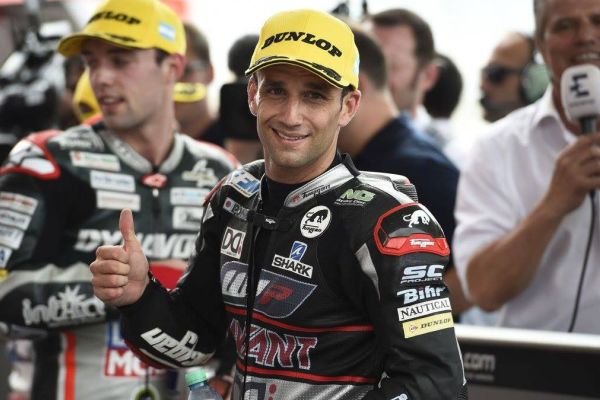 2015 Moto2 World Champion Johann Zarco got his first win of 2016 after a masterful performance during the Argentine Moto2 race.

The race began under murky skies with larger portions of the track still soaking wet, but with a very clear and growing dry line formed on the racing line.

Frenchman Zarco got off the line well and was second in the early stages, first to Jonas Folger and then Sam Lowes. However with ten laps to go, the Frenchman made his move on Lowes, managing the gap at the front of the field to perfection, posting his fastest lap of the race on the final lap, beating the Gresini man to the line by 1.3 seconds.

Lowes was made to work for his second place after a fending off the challenge of Franco Morbidelli with the Italian crashing out of the race in the closing stages, whilst Folger just didn’t have the pace to seriously challenge at the front whilst never being left by the leaders.

Try, try, try as he might, Morbidelli just can't save it! https://t.co/DeU1XK9Ah6

Behind the front three, Alex Rins will rue his qualifying session after finishing just over three seconds behind Folger after posting four fastest laps in six of the final laps of the race.

Domi Aegerter continued his recovery from his horrific accident last year with a very good fifth place, just beating out Malaysian Hafizh Syahrin who was disappointed to end in sixth position. Qatar race winner Tom Lüthi was also disappointed after he ended the race in seventh ahead of Axel Pons, Taka Nakagami and Mattia Pasini who rounded out the top ten.

Zarco capped off his victory with his first backflip celebration of 2016 at the scene of his first of 2015.

Zarco win? That can only mean one thing… https://t.co/WRjkN3v95d