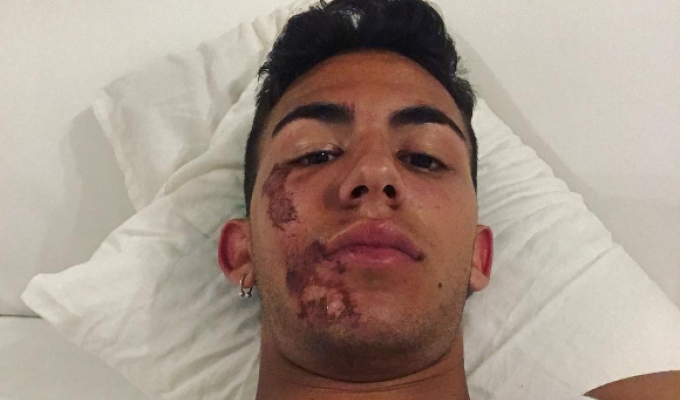 Enea Bastianini was lucky to escape serious injury after being involved in a scooter crash near his home in Italy on Monday.

The Italian who hasn’t enjoyed the best of seasons thus far in 2017 is currently sat in ninth in the Moto3 World Championship and has failed to stand on the podium since his off season move from Gresini to the Estrella Galicia 0,0 team.

The 19-year-old took to Instagram to show off his injuries after falling off his scooter after not wearing a full-face helmet whilst riding his scooter. Whilst his injuries are only cuts and bruises, it’s less than optimal preparation for the Italian ahead of this weekend’s Czech Grand Prix at Brno.

‘The Beast’ has a good record at Brno with two second place finishes and a fourth in his previous three visits, and he will be hoping to kick start his 2017 season with his first podium of the season this weekend.