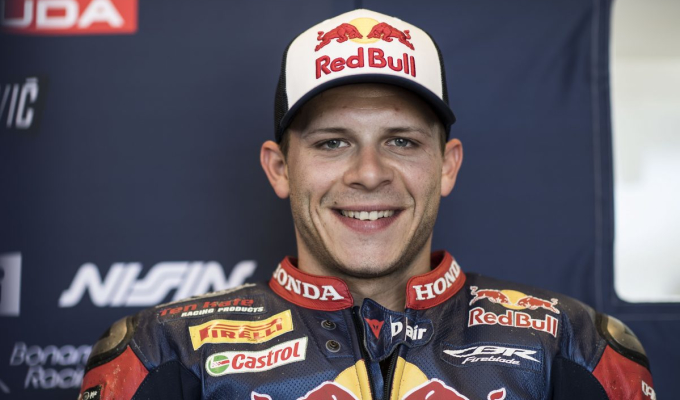 Marc VDS are considering making a surprise move by bringing Stefan Bradl back to the MotoGP paddock for 2018.

According to German website Speedweek.com, Marc VDS bosses are contemplating bring Bradl back after just one season in World Superbikes. With Jack Miller moving to Pramac and Tito Rabat on his way out – possibly joining the Avintia Ducati team, the satellite Honda team need a partner for Moto2 series leader Franco Morbidelli.

Scott Redding has shown a lack of interest in moving to World Superbikes and has been linked to a return to Marc VDS but Bradl has now emerged as a surprise contender for the second seat.

“We originally had six to seven riders on the list. In the meantime, it’s all about Scott Redding and Stefan Bradl,” Marc VDS team principal Michael Bartholemy who is also Redding’s personal manager told Speedweek.

Bradl had five seasons in MotoGP before leaving the paddock for the World Superbike paddock with the Red Bull Honda team. Bradl has admitted that he would be interested in a potential return, with no concrete conversations from Honda yet regarding next season.

“If Miller really does not like Marc VDS and they’re interested in me, I have to listen, there’s no question a Honda team would definitely be an interesting option,” said Bradl.

“At Marc VDS there is a family atmosphere, I am convinced of that. And with this bike you can always fight for top ten places. But I will also listen carefully to the wishes of the Red Bull Honda team for 2018. So far no one from Honda Motor Europe has talked to me seriously about the 2018 season. Superbike manager Marco Chini told me that after the Suzuka, we will discuss this topic.”

Whether it ends up being Bradl, Redding or another rider, expect more news to emerge after Millers move to Pramac is confirmed.