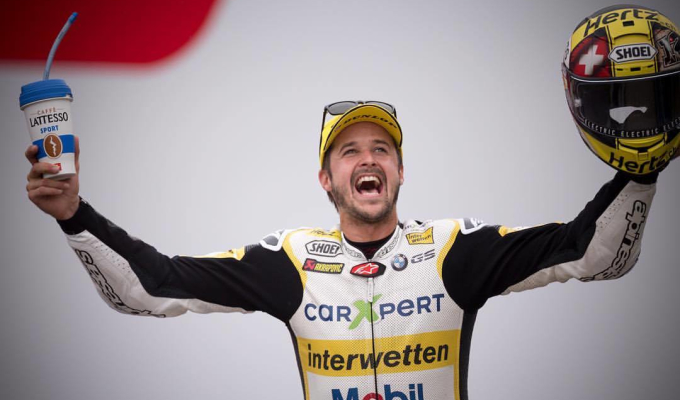 Tom Lüthi kept his title chances alive after claiming victory in the Moto2 victory in Brno after the race was turned to a six-lap sprint.

With red flags shown in the original race, it was restarted and turned into a shortened race due to heavy rain. Upon the re-start, Lüthi led from seventh on the re-start and went on to claim his first victory of the season.

Weekend favourite Mattia Pasini led the majority of the ‘first race’ before the rain started to fall, seeing him fall down to fourth before the red flags came out.

Forward’s Luca Marini was fourth and just ahead of Xavi Vierge, Simone Corsi and Pecco Bagnaia who were fourth, fifth, sixth and seventh respectively. Whilst Remy Gardener and Joe Roberts rounded out the top ten.