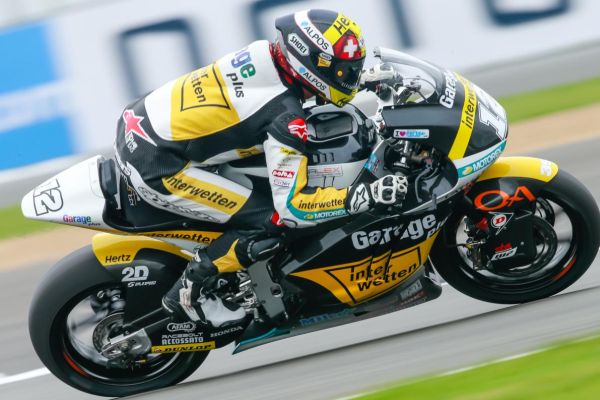 After looking untouchable all weekend Sam Lowes lead in the opening stages before falling behind Tom Lüthi, Zarco and Franco Morbidelli. With five laps to go, Lowes gathered himself and moved ahead of Morbedelli and set about closing the gap to the lead duo. With three laps to go, Lowes moved ahead of Johann Zarco, but when the Frenchman attempted to re-pass Lowes, the pair clashed, causing the Brit to crash out.

Zarco continued and crossed the line in seventh position, but was later given a 30 second penalty, the equivalent of a ride through.

With his main two challengers crashing out, Lüthi was free to take the victory – his second of the season – ahead of Morbidelli and Taka Nakagami.