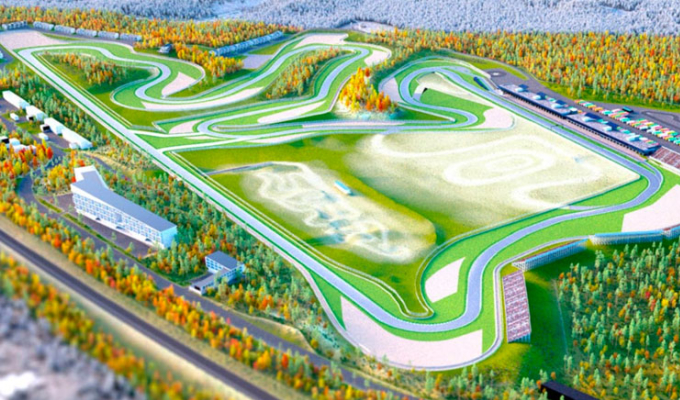 MotoGP and parent company Dorna Sports have signed a five-year contract to join the MotoGP calendar from the 2019 to bring MotoGP to the Kymi Ring in Finland.

In an announcement held at the Helsinki Music House, Dorna CEO Carmelo Ezpeleta was joined by Minister for European Affairs, Culture and Sport Sampo Terho, Chairman of the Board of the Directors of KymiRing Kari O. Sohlberg, Chair of the Finnish Motorcycling Federation Tapio Nevala and Kymi Ring Project Manager Timo Pohjola to confirm the Kymi Ring joining the MotoGP calendar.

Ezpeleta visited the site of the circuit on the Tuesday. The site in Iitti which is currently still be built will be hoping to be completed by the summer of 2018 ready for the race the following year. The race in Finland will be the race furthest north on the calendar and is expected to host up to 100,000 fans.

Ezpeleta said that he was excited to finally confirm the agreement with the Kymi Ring and paid tribute to some historical motorcycling figures from Finland.

“It’s a big pleasure to announce the agreement we have with Kymi Ring and the works are now underway,” said Ezpeleta.

“We will propose to the FIM to have Finland on the MotoGP calendar for 2019. This is a great day as it’s so many years since the Imatra GP here in Finland and we are very proud to announce this new venue. Finland has been a traditional place for motorsport.

“It has had number of fantastic riders in MotoGP in the past. I remember Jarno Saarinen and recently Mika Kallio, and many other people have raced. Finnish people understand motorsport very well and I think Kymi Ring will be hosting incredible events in the future. The layout of the circuit is very nice, it’s fast and it’s safe, and we’re very happy to announce this today.”

Along with Thailand which is set to join the calendar in 2018, the 2019 MotoGP calendar looks set to consist of 20 races for the first time.