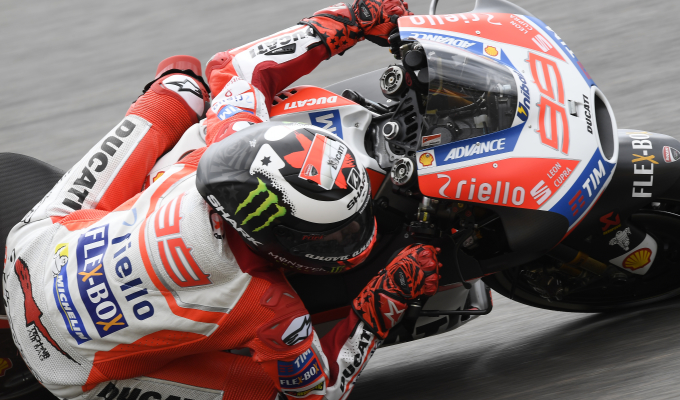 Jorge Lorenzo is hopeful he can kick start his season as the MotoGP paddock ends it’s summer break in Brno.

The Spaniard has endured a tough start to the 2017 season after making the extremely difficult transition from Yamaha to Ducati. With just one podium and one front row start from the opening nine races, Lorenzo finds himself down in ninth in the World Championship.

Despite not enjoying the best start to life with the Italian factory, Lorenzo is hoping he can fire some life into his 2017 season at a circuit where he has two previous MotoGP wins. Lorenzo believes the Czech circuit will suit his riding style with the Desmosedici.

After spending a few days relaxing with friends, Lorenzo said that he has been training hard and preparing for the final nine races over the next fourteen weeks.

“We’ve reached the half-way point of the season and after a few days’ vacation immediately after the German GP, I have been training hard the last three weeks to prepare for the second part of the championship,” said the three-time MotoGP World Champion.

“Brno is a circuit where I feel really good and I think I can get a good performance out of my bike. It’s a track with lots of corners, all linked together, and I’ve got a lot of good memories here.”

The 30-year-old said that he cannot wait to join back up with his team and is optimistic that he can take a big step forward before the end of the season.

“I can’t wait to get back to working with my team to boost my competitiveness in the last nine rounds of the championship, and I’m sure we’ll make a big step forward.”