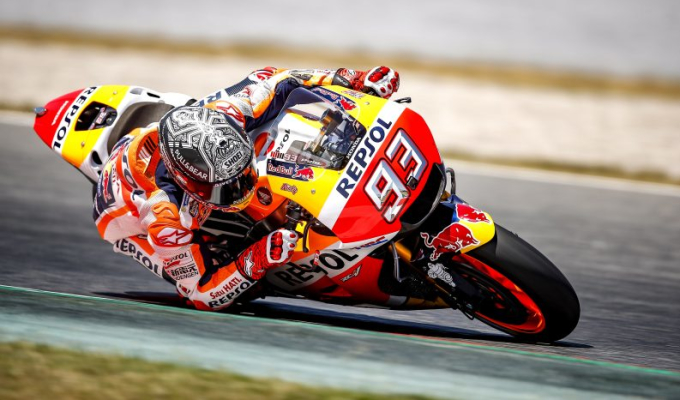 Reigning World Champion and current series leader Marc Marquez has said that the private test at Brno earlier in the summer could be pivotal come the Czech Grand Prix this weekend.

After the German Grand Prix, the factory Repsol Honda duo of Marquez and Dani Pedrosa were joined by last year’s Czech Grand Prix winner, LCR Honda’s Cal Crutchlow for a two-day private test at the Czech circuit to test an array of new parts, most notably a new chassis.

With two days of testing the 2017 RC213V around the circuit, Honda are most certainly on the front foot arriving at Brno this weekend. After the test, Marquez relaxed, spending time in the Spanish town of Mojocar with younger brother Alex.

But with the summer break now ending, Marquez is hoping that the work done in the middle of July will help him extend his championship lead come Sunday.

“I enjoyed having time to rest and go to the sea with some friends, but I also used this long summer break to train for the second part of the Championship,” said the 24-year-old.

“Such a close season is exciting but also very demanding, meaning that you have to always keep your concentration high and try to constantly be at the best level possible, adapting to every situation.

“So it was good to go testing at Brno during the summer break because it allowed us to work on the bike and stay focused on the job. Brno is a nice track but one of the most demanding, with many changes of direction and uphill and downhill sections.

“We’ll try to make the best of the work we’ve done during the test and to prepare to fight for the podium on Sunday.”

Marquez will arrive at Brno with a five point lead over Maverick Viñales with Andrea Dovizioso and Valentino Rossi close behind, meaning the top four riders are only separated by 10 points.