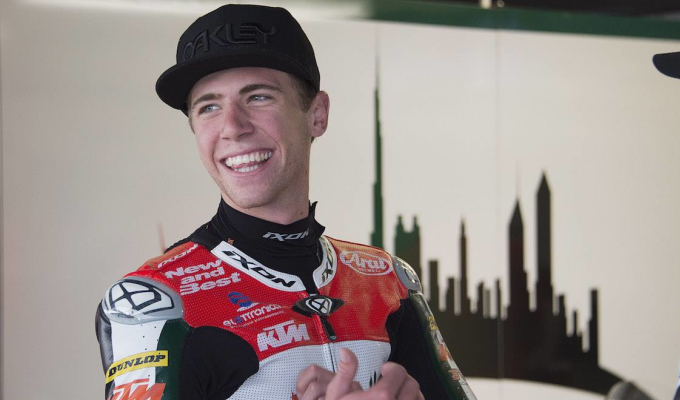 Darryn Binder has been ruled out of this weekend’s Czech Grand Prix after breaking his thumb in a supermoto crash.

Unfortunately the momentum built over the first of the season for Binder will be lost after he broke his right thumb on Saturday whilst training in South Africa. Binder had three pins inserted into his right hand Sunday afternoon and will undergo further examinations on Thursday ahead of finding out how long he will be forced to sit on the sidelines. With the remaining nine races of the season over 14 weeks, the races come thick and fast after the summer break and Binder will be hoping he can make a full recovery quickly.