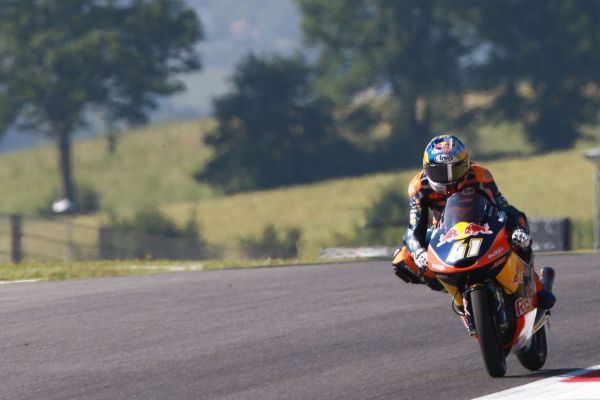 The Moto3 race had all the ingredients to be a great race, but when the top five finish within 0.077 of each other and the top 21 are covered by less than five seconds you know you’ve had a good race.

The South African had to battle through so many different riders and a lot of elbows to claim his third win in a row and his third of the season. Romano Fenati’s chain broke, whilst Jorge Navarro was unceremoniously kicked out by Juanfran Guevara helping Binder extend his championship lead to 49 points, nearly two race wins.

Behind Binder, Fabio Di Giannantonio claimed his first ever points finish and rode to a fantastic second place ahead of the equally impressive Pecco Bagnaia. Nico Antonelli battled from way down the field to just miss out on the podium along with Fabio Quatararo.