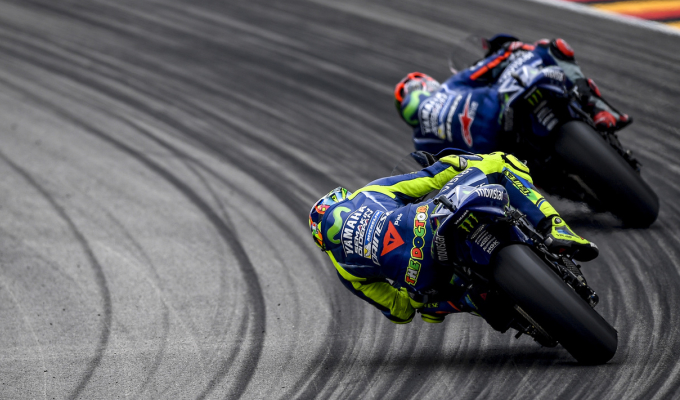 Valentino Rossi has said that it is important that he and his Movistar Yamaha team start quickly as the MotoGP paddock reconvene in Brno after the summer break.

The Doctor went into his holidays fourth in the MotoGP World Championship, just ten points behind series leader and Sachsenring winner Marc Marquez after only managing a fifth position finish in Germany.

However, the nine-time World Champion will arrive at a Brno looking to only add to his extremely impressive résumé. The Italian won his first ever Grand Prix race at Brno on a 125 in 1996 and has gone on to win six more times in the following twenty years, with a further eight podiums on top of his wins, including a second place finish last season.

Rested and ready, Rossi said that he will be working hard in order to fight for another podium and close the gap down at the top of the World Championship standings.

“I’ve rested during these holidays. I’ve passed a lot of time with my friends, but I returned to training and preparing myself as soon as possible and I feel good,” said the 38-year-old.

“I trained at the gym and on the bike, but now I want to go back to my M1 and work together with my team. The championship is still wide open and we will have to work hard to be always on the podium.

“Brno’s is a track I really like, I have a lot of good memories of this circuit and I hope I can make it another nice race this weekend. It will be important to be quick from the first session.”