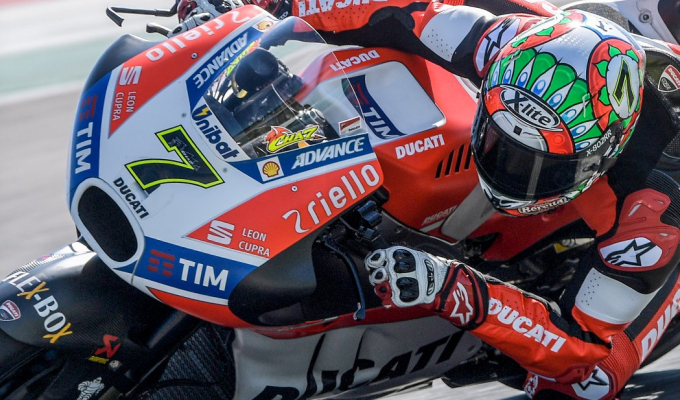 The Welshman was in Italy this past weekend for the World Superbike round in Imola and after his double win over the weekend, Davies went up to Mugello along with his World Superbike team mate Marco Melandri to join Pirro on track in the Tuscan hills.

Whilst Melandri was testing his World Superbike Ducati Panigale R race bike, Davies was given the opportunity to try the MotoGP bike on the day, with the Welshman completing just under 40 laps today.

The factory duo of Jorge Lorenzo and Andrea Dovizioso were on track on Monday alongside Pirro and whilst they have now headed North to prepared for this weekends race at Le Mans, Pirro and some of the Ducati factory have remained in Mugello for further testing on the Desmosedici.

Davies had previous ridden for Ducati as a stand in rider in MotoGP back in 2007, but he’s really built relationships during his three year spell as part of the Ducati factory team in World Superbikes.

Ducati didn’t release any of Davies times from today.