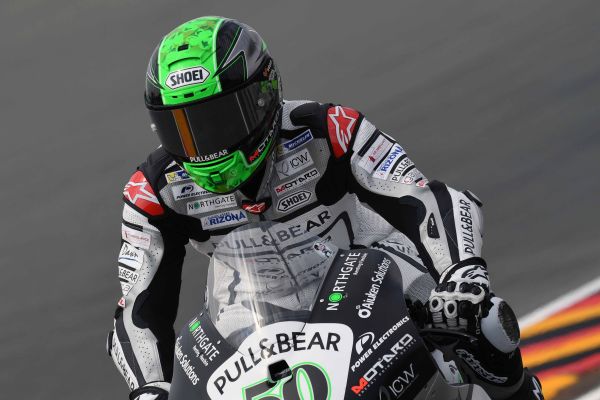 Irishman Eugene Laverty will return to the World Superbike paddock at the end of the 2016 season, ending a two-year stint in MotoGP.

Laverty was a front runner in World Superbikes between 2011 and 2014 before moving to the Aspar Ducati team for another stint in the MotoGP paddock. During his three years in World Superbikes, ‘Norge’ won thirteen races, as well as finishing runner up to Tom Sykes in the 2013 World Championship.

The 30-year-old will return with Shaun Muir’s Milwaukee team on an Aprilia RSV4, the same bike he was on in 2013 when he had his best season in WSBK.

Laverty insists that his sole focus upon returning back to the World Superbike paddock is to challenge for the World Championship that evaded him in 2013.

“I am excited to return to World Superbike with Aprilia,” said the Irishman to WorldSBK.com.

“I’ve had a lot of success there, it was a great period. During my two years in MotoGP I have learned a lot; there’s been some difficult times, of course, but I have improved a lot as a rider and I’m looking forward to this next stage in my career.

“I’m very motivated because for the last two years it has been a different kind of fight; I’ve been in the middle of the field, trying to improve. So, to go back with a factory Aprilia and the chance to win races and fight for a world title is a different mindset and one I am really prepared for,” he said.

Laverty’s best finish in MotoGP was fourth place at the 2016 Argentine Grand Prix.