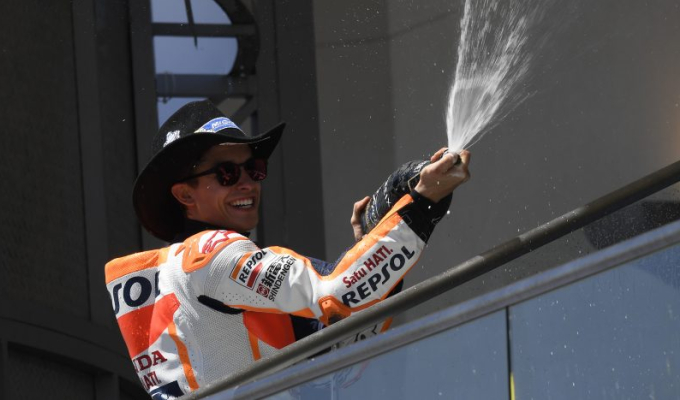 Marc Marquez has said he is happy to be home and racing on home soil after three flyaway races, calling Jerez an ‘old school’ circuit ahead of the first European round of the 2017 season.

After a tough opening two rounds to the season, Marquez’ season got underway with victory last time out at the Circuit of the Americas in Austin. Coupled with the crash of early championship leader, Maverick Viñales, the World Champion had a new found confidence coming into the European stretch of the season.

After recording his fifth consecutive win at COTA, Marquez said that a new found confidence was found within the team, leading them to believe that despite the tough start to the year, they can challenge for another title once again this season.

“I’m happy the next round is back in Spain after three flyaway GPs, because racing at home and in front of my fan club is always special,” said the 24-year-old.

“Of course our win in Austin gave the whole team more confidence and motivation to keep up the hard work and to try to understand how to further improve our bike’s setup.”

Despite finding a setup that clearly works in Texas, Marquez pointed out that Jerez’ small, tight nature makes the bike so hard to set up in Southern Spain.

“Jerez is one of the most difficult and tricky circuits from that point of view. It’s kind of an ‘old school’ track: very short, very narrow, with heavy acceleration points and strong braking areas,” he said.

“You have to make the bike turn well but you also need good stability under braking, because that’s where you can get good lap times.

“It’s a circuit where our opponents are always very fast, but anyway, I think we’ll be able to do well if we work well starting on Friday morning.”