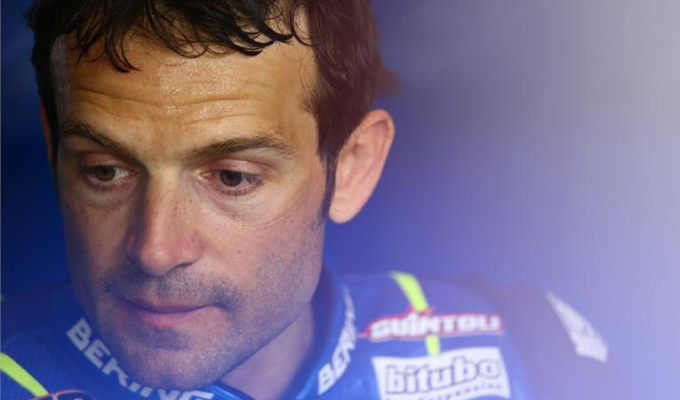 Could the 2014 World Superbike World Champion be in line to replace the Spaniard at his home Grand Prix of Le Mans in three weeks time?

Well, according to German website Speedweek.com, discussions are well underway with the Frenchman about a potential stand in.

Rins broke his left wrist/arm during a free practice crash during last weekends Americas GP at the Circuit of the Americas in Austin. Rins was flown back to Barcelona where Dr Xavier Mir inserted titanium rods into his wrist and the rehab period began.

Ecstar Suzuki team manager Davide Brivio expects the 21-year-old to be sidelined for six to eight weeks, definitely ruling him out of this weekends Spanish Grand Prix at Jerez and the French round in Le Mans.

Suzuki test rider Takya Tsuda is confirmed as replacing Rins in Jerez due to his short term availability and experience not only on the Suzuki GSX-RR but also his time spent helping develop the bike. However, his time on the bike may be restricted to just one round with a potential return – albeit for one round – for the 34-year-oldon the cards.

Guintoli is due to join up with the Ecstar Suzuki squad after this weekends Spanish round in Jerez for a testing day, after that, they will decide if it is beneficial for both parties to hand the reigns to the Frenchman.

Guintoli, who is currently racing for the Bennetts Suzuki team in British Superbikes has previously ridden in MotoGP, most recently with the Tech3 team in 2007.