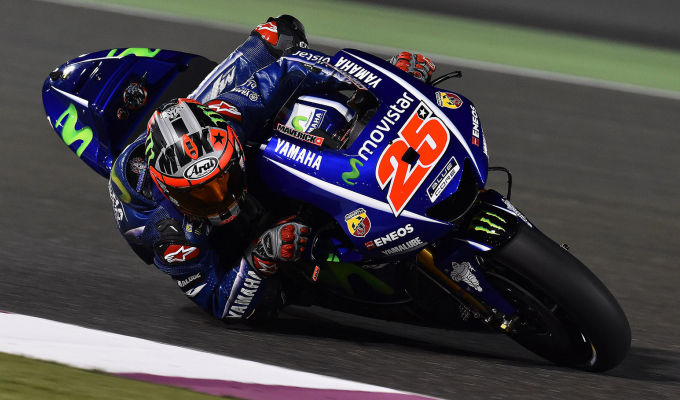 Despite topping every pre-season test, Maverick Viñales said that he knows he can still improve by a further couple of tenths when they return to Qatar for the season opener in two weeks time.

After leading the second evening of testing, the 22-year-old opted to spend the final evening of the allotted testing time fine-tuning his Yamaha YZR-M1 as he looked to further confirm his status as pre-season favourite.

Viñales did once again show his speed, producing the fastest lap time of the test, a 1:54.330 in the middle hours, before spending his final run on a race simulation which saw him complete a race run competitive of challenging for the victory in last years race.

“I’m really happy, we made another step with the bike and I feel comfortable, even on the race pace we are quite happy,” said the Spaniard.

“I feel that we can still better the electronics and gain a couple of tenths, so we have a margin to improve.”

Viñales said that he knows that he isn’t currently riding on the limit and that he is capable of pushing harder should he need to.

“For sure we’re not on the bike’s limit, so we can still push a little bit more. If we do the same in the first GP as we did in the test, we can fight for the victory,” he said.

“We have a really good package and I feel good on the bike. I have a great fitness now, so I feel comfortable.”