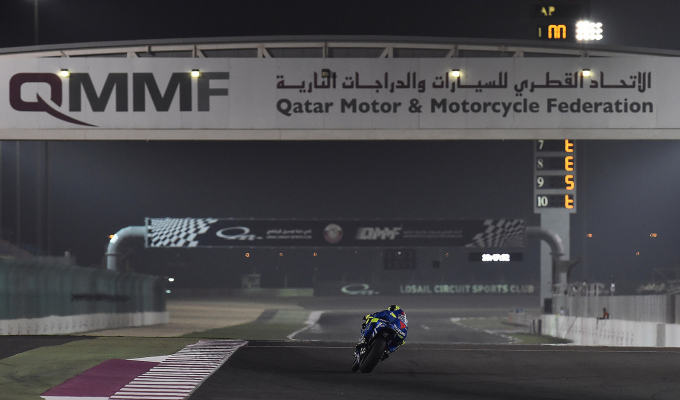 Valentino Rossi confessed that he is a little worried after the conclusion of the final pre-season test.

The Italian was encouraged after finding something in his YZR-M1 on the second night, however, he struggled to replicate the same speed on the final evening. Rossi was one of the few riders who didn’t improve their lap time on the last night of the test, despite completing 54 laps.

Rossi’s fastest lap time of the evening, a 1:55.185, was four tenths slower than his Saturday time, but with tough track conditions and falling temperatures he wasn’t able to close the gap to Viñales best lap time.

Despite starting with the same settings as to what he completed his fastest lap of Saturday with, Rossi couldn’t find the same pace as he had in the night before.

“Today was more difficult compared to yesterday,” said the 38-year-old.

“We started with the same bike to continue our programme, but unfortunately I didn’t have the same feeling and the same speed. It looks like the condition of the track changed a bit and we were unable to improve.

“I didn’t have the same feeling as yesterday and I was a bit slower. We put in a lot of effort to go a bit slower.”

The next time the MotoGP riders will be back on their bikes will be when the lights are on for real during free practice one of the first race. With not much track time left at all, Rossi confessed that he and his Yamaha team are still not ready.

“I think we are still not ready, we don’t understand 100% how to make the bike work at the maximum,” he said.

“We are a bit worried because at the end except for some good laps the winter tests were very difficult. So now we have to speak together and try to be stronger for the first race. I hope to be faster and more competitive.”