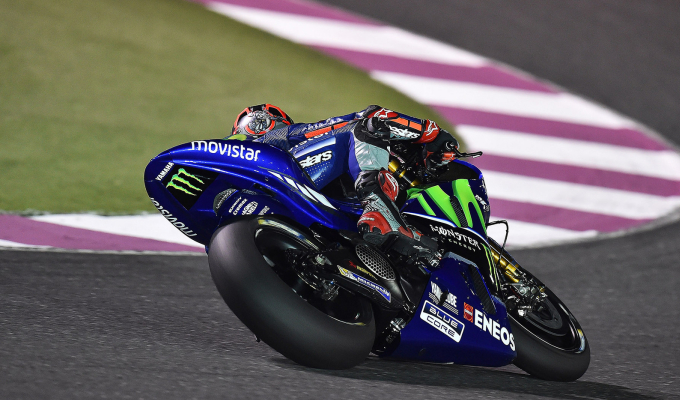 Maverick Viñales has said that if the Qatari MotoGP was tomorrow night, that he and his Yamaha team would be ready.

The Spaniard continued his blistering testing form, as he once again ended the day of testing with the fastest lap time, taking his tally to seven out of ten testing days in which he has ended the top atop the timing sheets.

With nothing in particular to work on, Viñales completed 49 laps looking for the perfect setting and he found something very close to it, producing a lap time of a 1:54.455 which was 0.277 seconds ahead of second placed Valentino Rossi and was also half a second under the race lap record around the Losail International Circuit.

“I feel good. We need some further improvements, but anyway, I felt good from the first day, so I tried to do my best,” said the 22-year-old.

“We’re trying to keep the lap times really consistent and on the same pace. Today we made another step and I hope tomorrow we can improve a little bit more, but I think we can be happy about our set-up and if the race was right now, we would be ready, for sure.

When asked for something to improve on going into the final evening of pre-season testing in 2017, Viñales pinpointed breaking as an area in which he can improve on further.

“I still want to improve on the braking points to be faster, but we still have tomorrow to continue testing,” said Viñales.