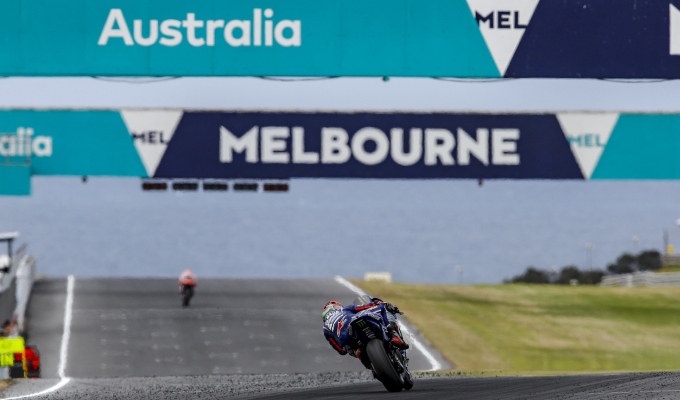 Maverick Viñales laid down a serious marker as he topped the second official pre-season test from World Champion Marc Marquez in Phillip Island.

The Spaniard who moved to the Movistar Yamaha team for the 2017 season and he has taken little time to adjust to the YZR-M1. The 22-year-old has ended all three tests as the fastest man, topping five of the eight total testing days.

Viñales used the third and final day to focus on longer runs, and he now leaves Australia very happy with the direction of the Yamaha and is already looking forward to the final test in Qatar next month.

“It was a very positive test for us,” said Viñales.

“We came here to try many items and now we got things clear and we already know which set-up we can start using in Qatar. We did a lot of work and I’m happy about that.

“Today we concentrated mainly on the race pace and I’m satisfied, but we’re still able to improve. We didn’t decide on the fairing yet, it’s still totally open, you never know,” he said.